It’s safe to say that the often held (mis)conception of us science folk being stuffy and serious is absolutely, definitely not true! Well, not always. We are instead a wonderfully diverse, surprisingly creative community with a long history of being significantly funny (p <0.001). Just take a look at these real titles from papers published in well respected, peer-reviewed journals:

Hilarious! But scientists across the globe have been able to go a step further of late: with the rise of ‘geek culture’ people have taken to proudly proclaiming their status as “NERD” via the ever creative medium of t-shirts. From molecular structures and scientific theories, to coding puns and a unique brand of accuracy (which others often mistake for pedantry!), we’ve been sharing the culture of science with the world at large and it seems that they rather like it. Here are some of our favourite science t-shirts.

From the seemingly never ending supply of awesome xkcd comics: 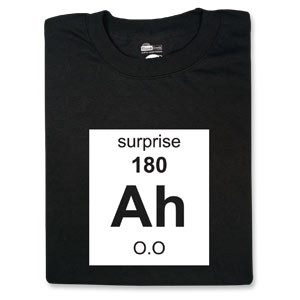 Our friend, our addiction: caffeine! 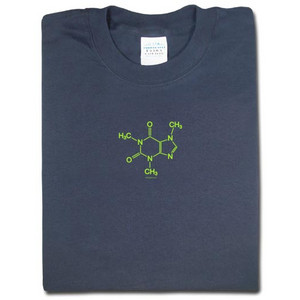 What was up with evolution about 30 million years ago?

If the Borg took physics classes… 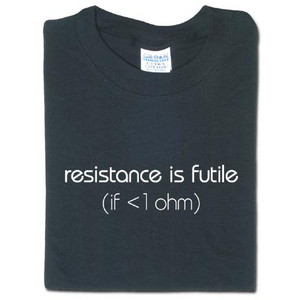 Get ready to outwit the Keeper of the Bridge of Death! And if you really want to impress him, you can do some additional homework with xkcd. No amount of knowledge will protect you from the Killer Rabbit of Caerbannog mind you… 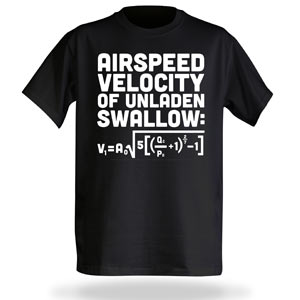 We can occasionally get a little full ourselves, which invariably leads to pointing out where individuals sit within normal distribution curves, to which many a curious eyebrow is raised. Fortunately there’s a handy t-shirt to illustrate the point. 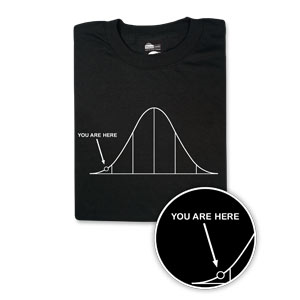 Schrödinger's cat is… in a box. Let’s leave it at that. 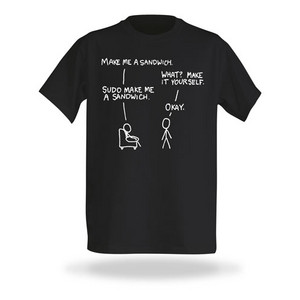 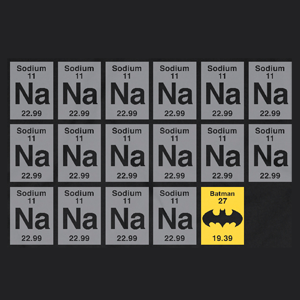 How many of these t-shirts do you own? Or how many are you now going to buy?! Let us know what your favourites are and any others you can think of in the comments below or by tweeting @BioStrata!