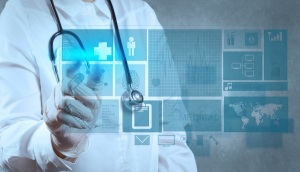 Having lived in the heart of Asia for the past 18 months, it is impossible to escape the rapidly developing, ever-evolving world around me. No one and nothing seems to stand still for long here. I have frequently been recommended to visit certain Asian countries sooner rather than later as they are modernising and changing at breakneck speed.

It is widely reported that Asia will be the main driver of global economic growth in the coming years. GDP growth ranges from around 5 to 7% year on year, with China, India and Indonesia leading with the highest expected real GDP growth and largest populations. Currently the World Health Organisation quotes healthcare expenditure per capita in ASEAN (Association of South East Asian Nations) to be around 4% of GDP, which is low compared to developed Western markets. As a result, there is undoubtedly scope for significant growth in the region. For example, the Asian healthcare device market segment is expanding particularly quickly and is predicted to reach $15 billion in 2017, up from $2 billion in 2012.

It is reported that by 2030 Asia will represent 66% of the middle-class population globally. As incomes increase, citizens benefit from higher purchasing power and more choice. This extends into a drive for better quality and improved standards of healthcare. Therefore, an expanding middle class equates to increased healthcare spending.

With growing incomes and longer life spans, many Asians are adopting Western habits such as overeating, limited exercise, smoking and increased consumption of fast food. The outcome of which is that this growing middle-class is being hit by lifestyle diseases typically associated with Western countries, including obesity,type-2 diabetes, cardiovascular disease and cancer. For example:

Healthcare is in the policy spotlight in Asia, and most notably within the ASEAN nations: Brunei, Cambodia, Indonesia, Laos, Malaysia, Myanmar, the Philippines, Singapore, Thailand and Vietnam. ASEAN leaders are firmly committed to healthcare as one of the priority areas across the region. In 2004, a working group was set up to address the variety of regulatory systems, which had historically made it complex for foreign medical device organisations to enter the market. The ASEAN Medical Device Directive (AMDD) should be fully implemented by the member states by the start of 2015. As such, understanding and working through ASEAN will be increasingly important for healthcare companies.

Big changes are set to continue relentlessly across Asia, and the opportunity for medical organisations is only set to increase further. With a growing middle-class, a greater demand for good public and private sector healthcare provision, and ASEAN committed to the region-wide integration of healthcare, the future is looking very bright.