My top life science discoveries of 2017 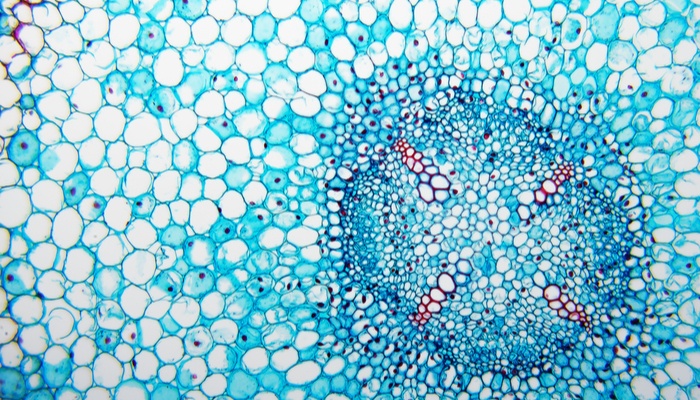 2017 will always be a memorable year for me, because it was the year I decided to leave the lab bench and join the scientific writing team at BioStrata. It was also a breakthrough year for a wide range of research teams across the life sciences, as 2017 saw many novel approaches to overcome global health challenges and innovative ways to tackle environmental issues. There were so many groundbreaking advances to choose from that it really was a tough call to narrow them down to just a few—but I’ve chosen a handful that inspired me the most below!

The misuse of antibiotics in humans and animals has led to increased therapeutic resistance across multiple bacterial strains. As a result, we are running out of treatment options for some of the most challenging infections known to man. We have already discovered bacteria carrying the mcr-1 gene in over 30 countries, which provides resistance to one of our ‘last resort’ antibiotics—colistin.

However, researchers are now hoping to circumvent this threat by interfering with how bacteria naturally evolve, specifically the way in which they share genetic information by exchanging plasmids. If a bacterium has a plasmid that grants it resistance to a certain antibiotic, it can pass on copies to another bacterium, making the recipient resistant to the antibiotic too.

In 2017, a research group in Canada devised a structure-based strategy to find molecules that can thwart this plasmid exchange machinery. They identified molecules which bind to an essential protein of the machinery, and then designed new small molecules to do the same thing—but with improved binding affinity.

This research could one day allow for the development of sophisticated inhibitors that will reduce the ability of bacteria to share their resistance genes, helping to slow the spread of mechanisms that are continuing to evade our best defences.

A plastic-devouring caterpillar: a potential solution to the plastic problem?

In 2015, it was reported in an article from Nature that life science research was responsible for 1.8 per cent of the world’s total plastic production—which doesn’t even take into account the many other scientific disciplines that regularly use plastic in the lab. Many of the commonly used plastic items from the scientific world (for instance, pipette tips) will likely end up in a landfill. It is possible to recover energy from this plastic waste via combustion, but this comes with an additional environmental impact. This means we may need to look for other ways of degrading plastics.

It was reported in 2017 that larvae of the wax moth Galleria mellonella can degrade polyethylene (PE). PE, which is one of the most common plastics, was converted into polyethlene glycol by the larvae. Scientists think that these larvae might be able to degrade a chemical bond found in beeswax (part of the larvaes’ regular diet) as well as in PE—a bond that is usually not susceptible to biodegradation.

If this form of biodegradation is translatable on an industrial level and becomes economically viable, then it may be that we start seeing large-scale larvae farms cropping up across the globe.

Using living bacteria as a method of storing data

In an age of ‘big data’, one issue to consider is how we archive large reams of information. Data storage can be expensive, and not all media and devices will stand the test of time. Because of this, there has been interest in using synthetic DNA for information storage, as it facilitates high-density information encoding that can be stored for a relatively long time.

In 2017, researchers revisited the idea of storing information in DNA, but this time by using the DNA of a living cell (a bacterium). In order to achieve this, researchers used the CRISPR-Cas microbial immune system, which normally holds the genetic information of invading viruses to achieve adaptive immunity. Incredibly, by manipulating this system, it was possible to not only encode the pixel values of black and white images into the genomes of living bacteria, but also to retrieve the original images by decoding the DNA.

Given that certain bacterial cells can survive nuclear explosions, very high temperatures and prolonged exposure to radiation, data storage in living organisms could one day be more secure than current non-living methods!

A new way of reversing atherosclerosis

Atherosclerosis is the process by which blood vessels harden and narrow due to the formation of fatty deposits (called plaques), and is the causative agent of many cardiovascular diseases (CVDs). Lifestyle changes and new drugs have reduced mortality, but globally close to 18 million people die each year due to CVDs. In the UK alone, seven million people are living with CVDs, costing the NHS almost £9 billion a year.

Atherosclerosis is linked to insulin resistance, as insulin receptor signalling is impaired in the condition. The enzyme PTP1B is the major negative regulator of the insulin receptor, and is of interest to scientists aiming to reverse the disease.

In 2017, researchers showed how trodusquemine, an inhibitor of PTP1B, reduced weight gain and adiposity in mice, findings which were also supported by previous research. These outcomes were accompanied by improved glucose homeostasis, reduced formation of atherosclerotic plaques and a reduction in circulating total cholesterol and triglycerides.

Human trials are being conducted to study the effects of trodusquemine, but the results have not yet been published. I’m looking forward to learning whether this compound works as effectively in human patients as it seems to do in our rodent friends!

A step towards creating an artificial womb

Considering premature birth is one of the leading causes of infant morbidity and mortality in the developed world, it is no surprise that artificial wombs have been of interest for centuries. One of the major hurdles is developing a functioning artificial placenta—an organ which is essential for the foetus to receive oxygen and nutrients.

A research team in Philadelphia, USA, took big strides towards making the artificial womb a reality in 2017, by announcing that it had developed a womb that was able to sustain a premature lamb for up to four weeks. The group developed a system made up of three core components: a pumpless arteriovenous circuit for blood flow driven by the foetal heart; a closed fluid environment (dubbed a ‘biobag’) with continuous amniotic fluid exchange; and a new technique of umbilical vascular access (via inserting cannulas to connect the foetus to the external circuit). This allowed researchers to support the extremely premature lamb for weeks, without any apparent negative effects on its development.

This technology—if and when it becomes applicable to humans—might one day improve the quality of care and survival rates of premature infants. In addition, it could also support deliberate early delivery in cases where it is necessary to perform surgery, as surgeons may have the option to treat the foetus while it is cared for in the ‘biobag’.

What scientific discoveries will we unearth in 2018?

These five discoveries are just a handful of the many exciting advances seen in the life sciences in 2017, and I am looking forward to seeing what 2018 will bring. Has your company helped develop a new life science innovation? Contact us now to discover how life science marketing can support your goals in 2018.