So much science, so little time (Winter 2020 edition). 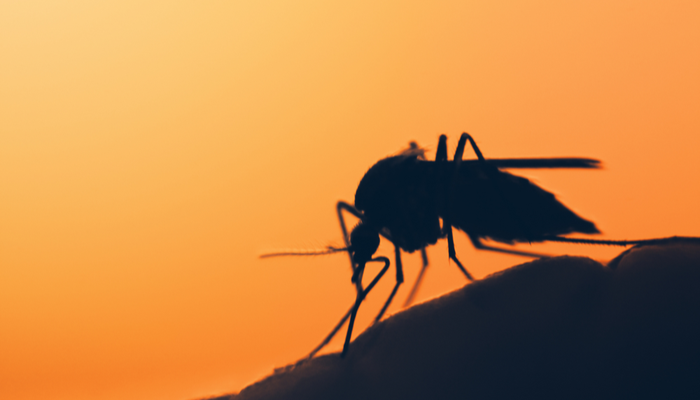 The start of a new year is always a busy time, and as projects rapidly begin to snowball, you may find yourself struggling to stay abreast of all the latest science news. To keep you up to date and inspire you as we enter a new decade, we’ve summarised some of the tree-mendous discoveries that caught our eye during 2019.

From the release of sterilised mosquitoes in a bid to tackle malaria to the discovery that even tiny, single-celled organisms can make decisions, there are many different reasons to feel positive. So why not take a break from preparing for the year ahead and read on to be motivated by some of last year’s highlights?

During January, as thousands of us begin to plan our summer getaway, thoughts often turn to booking an appointment at the travel clinic. Yet, with the development of new approaches to combat malaria, globetrotters could soon have fewer items to tick off the pre-holiday checklist. Using a genetic engineering technology known as a gene drive, researchers have biased the inheritance of specific DNA sequences and demonstrated the potential of this method to limit the spread of disease.

One application of the gene drive technology has been to reduce mosquito population densities by sterilising male mosquito embryos. Researchers have also been able to prevent male mosquitoes from passing on X chromosomes, meaning that any offspring resulting from amorous liaisons will be boys. Since male mosquitoes preferentially eat plant honeydew rather than biting people, they are far more welcome holiday companions that their female counterparts.

Can someone remind me what day it is again?

We’ve all been there. During the holiday season, the days all merge into one, and it’s snow joke trying to get back on track in the new year and recall what you should be doing and when. However, the development of a once-a-month contraceptive pill means that those wishing to avoid unplanned pregnancy could soon have one less thing to worry about.

Based on a gelatine formulation that provides the slow release of synthetic hormones, this innovative approach to birth control leverages the success of existing drug delivery systems trialled in animal models of malaria and HIV. Tests in pigs have shown comparable results to daily dosing, with the added benefit that blood hormone levels remained high even after 29 days. Driving this success is the ability of the pill to withstand the acidic conditions of the stomach—something we were all reminded of during the recent season of excess.

Keeping out of the line of (snowball) fire

At this time of the year, the chance of being pelted with snowballs increases significantly. But spare a thought for poor Stentor roeseli, a microscopic, trumpet-shaped creature that suffered a year of bombardment, all in the name of science. By firing small plastic beads at S. roeseli to interrupt it from its natural behaviour, researchers have overturned the theory that single-celled organisms are pre-programmed to behave in a certain way.

Being used as a sitting target has allowed S. roeseli to demonstrate a capacity for decision-making that was not previously believed possible of a creature this size. Rather than continuing to sweep food into its mouth, upon being showered with beads this little organism indicated its irritation to researchers by spitting or bending away. This just goes to show that even the smallest individual can hold its own when projectiles start to fly.

A sweet-smelling reminder to adhere to dry January

January is often seen as a month of new beginnings, and nowhere is this more apparent than in Brazil, where the Hymenaea cangaceira tree has just begun its reproductive season. During reproduction, this fascinating plant produces such vast quantities of nectar that it overflows from the tree canopy down to the ground below. The aim of this is to attract bat pollinators, ensuring the next generation of trees.

The researchers who made this delightful observation noticed that the nectar of H. cangaceira, not just the flower petals, was infused with the tree’s perfume. They also found that, during a three-month period, each tree produced enough nectar to fill approximately 15 beer kegs, providing the bats with a timely reminder of their new year’s resolution to adopt a healthier lifestyle.

As it so happens, juvenile ‘major’ workers can be experimentally reprogrammed to take on a ‘minor’ worker role, making C. floridanus an ideal model system to study the epigenetic mechanisms underlying phenotypic differentiation. Indeed, researchers have linked epigenetic flexibility to social behaviour by showing that up-regulation of a chromatin repressor during reprogramming leads to degradation of a key role-determining hormone. Should an argument break out over whose turn it is to kick off the first project meeting of 2020, the carpenter ants can blame it on their chromatin.

We'll be back in the Spring for our next edition! In the meantime, if you want to keep up to date with the latest life science and marketing news, then why not subscribe to our monthly newsletter?